Welcome to the World of Mariners,

Pirates, and the Eternal Sea.

It was a pretty daunting Tuesday that lay before me. My check-in for my colonoscopy was at 8:00 am. The procedure was at 9:00. With any luck, I’d be sitting in the Applewood House of Pancakes by 11:00, savoring Amy’s Awesome shrimp omelet and a stack of hot pancakes. The preparation leading up to my procedure involved the unavoidable misery the day before. So when my wife pulled into the hospital parking lot at 7:22, It was comforting to know I had time to spare.

Fifteen minutes later, my day began to unwind quicker than the threadbare sails of an aging galleon. “You’re all set,” the receptionist said, as she signed me in. Then there was a long pause as she glanced at the number written next to Tuesday.

“Seventeen what?” I asked.

“The secretary scheduled you for the seventeenth.”

“Yes. Tuesday. It says so right there.”

“She wrote the wrong date,” she replied. “You’re in the computer for tomorrow.”

If there had been anything in my stomach, it certainly would have growled in protest. “Don’t worry. We won’t make you do that preparation again. They’ll have to squeeze you in.”

As I climbed out of the wheel chair and into the waiting car seven hours later, I glanced at my wife. Lunch had proved as elusive as Amy‘s Awesome omelet. But at least my troubles were behind me.

Flashback to a little over four hundred years ago. Sailors hustled on the Cuban dock as a restless breeze rocked the ships that lay at anchor. Noblemen and slaves alike were abuzz as they made final preparations for their trip to Spain. Unimaginable wealth was stored in the ships’ hulls: gold, emeralds, and silver bars. Carefully packed in crates were chalices, plates of silver, and finely crafted jewelry. Then there was the loot the greedy had smuggled aboard to avoid the ship‘s manifest.

Somewhere two hundred miles to the east, a monster with massive arms swirled clouds, wind, and rain wildly in its path. Two days later, the Atocha and twenty-seven other ships in a caravan struggled in mountainous seas. The Atocha and the Margarita were among the unlucky ones, sinking in fifty-five feet of water. As primitive as their forecasting was, the people of the day had warning of what was to come. Yet greed, restlessness, and a yearning to return home overcame their better judgment.

A hundred years later, sailors aboard a ship grew impatient and bored
as they watched days turn into weeks then weeks into months. They had signed on as privateers, hired to inflict as much pain and misery on their country’s enemies as possible. Eager for action, their palms itched for the feel of a cutlass. Then one night a clever and experienced Henry Every watched as his captain drank glass after glass of rum. When he finally passed out, Henry nodded. Within minutes the men he plotted with overcame the captain and the few among the crew loyal to him. And so began the career of one of the most cruel and evil pirates in history.

If time were to personify itself, it might take on the vestige of a fickle pirate. The unexpected arises and steals time from us. A few minutes here, an hour there, and suddenly the course of our life changes. Two hours in a hospital becomes seven. Yet waiting two or three days might save us from terrible tragedy. Waiting two or three months may launch the career of one of the most notorious pirates in history.

Timing is everything. But so is being ready when your time comes, and knowing what to do when life says, “Not yet.” How about you? Are you making the best use of your time? Better yet do you know how to adapt when the time pirate steals from your perfectly planned day? 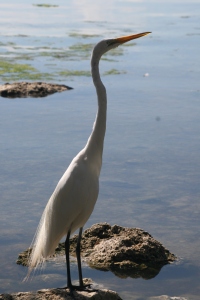 One Response to The Time Pirate

Welcome to the World of Mariners,
Pirates, and the Eternal Sea.